Cavalier King Charles Spaniel puppies are sweet, loving breed is a loyal lapdog with looks to melt any heart. But this popular pup also has a long and distinguished history. Small Spaniels like the Cav started showing up in paintings in the 1700’s and 1800’s. These toy Spaniels were common pets of ladies at court, but when King Charles II began owning them, their popularity reached new heights among aristocrats. However, no standards existed, so size and type often varied.

In the mid-1800’s, breeders began changing characteristics, and it became harder to find the sweet-faced Spaniels shown in the paintings by the old masters. In the 1920’s, a new generation of dog lovers became dedicated to preserving the original characteristics of the Cavalier King Charles Spaniel. They established a club and formalized breed standards.

Like many other European canines, these puppies had a hard time during World War II and were almost extinct by 1945. Dedicated breeders located just six dogs and began rebuilding the stock.

Today, the Cavaliers have fully rebounded and have become a favorite American pet. They were recognized by the American Kennel Club in 1995 and grouped in the Toy Group.

Average Based on 5 Reviews

The Cavalier King Charles Spaniel pups are indeed sweet and gentle pets. They are eager to please and respond best to a gentle approach to training.

Even among lapdogs, the Cav is a real “people person.” While they love their owners, this lovable pooch is also happy to cuddle with anyone in the family or even first-time visitors. They are even-tempered and get along well with other dogs and pets.

You’ll find these pups are unable to resist chasing squirrels, other small animals, and birds.

Because of their Spaniel heritage, they like to run and chase and will wander, so keep them leashed.

Unlike many other lapdogs, Cavaliers need daily outdoor exercise to stay happy and calm. They need two daily walks and a fenced yard to prevent them from becoming bored or even overweight.

If you’re considering adopting a Cavalier King Charles Spaniel puppy, make sure you understand this breed’s special health considerations. The average life expectancy is 9-14 years. Here are some of the health problems in this breed:

These pups can gain weight quickly, which may trigger other health concerns, so keep your dog active and watch their food intake. If you find your Cavalier is gaining weight, work with your vet to develop a regimen that will keep your dog trim and healthy.

With all dogs, stay current on vaccinations and schedule regular checkups with your veterinarian.

No matter which color type you have, all of these beautiful dogs will have shiny, silky coats of moderate length. Coats are usually straight, but some have a slight wave. Although these lap dogs often grow long feathering on their ears, legs, and tail in adulthood, breed standards do not recommend trimming. 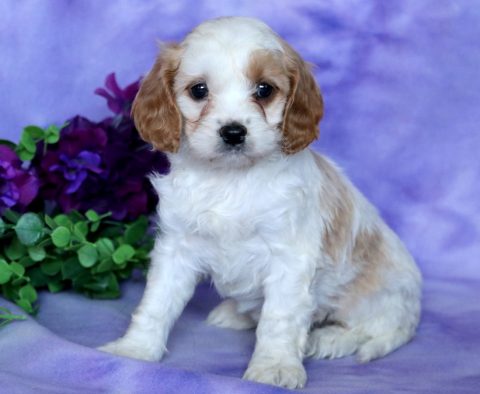 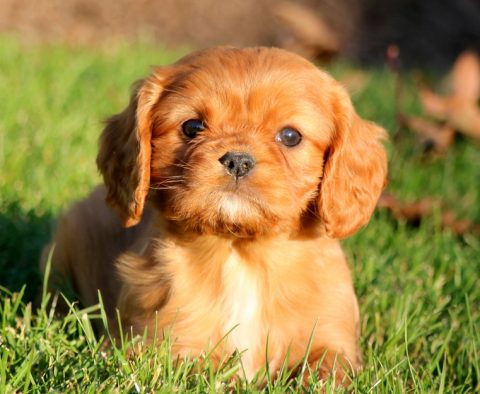 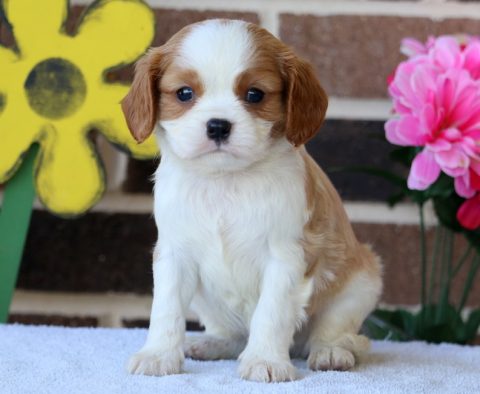 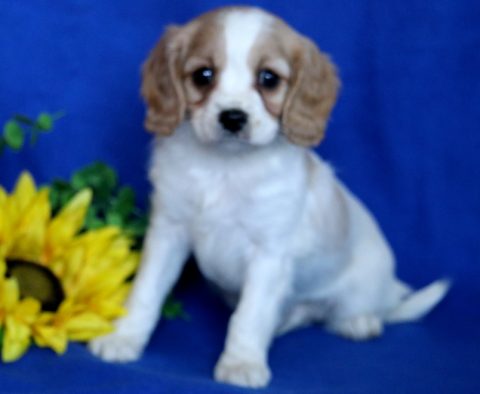