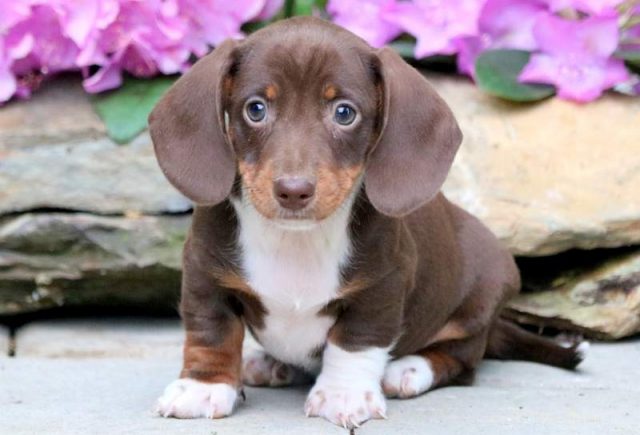 Are you looking for Mini Dachshund puppies for sale? This is an old breed with a fascinating history. While mummified dogs resembling the breed have been found in an ancient Egyptian tomb, experts generally agree that the actual origin of this canine is German.

They can be traced back as far the 15th century when both Miniature and Standard Dachshunds were bred to flush out badgers. The name translates into badger dog in German. This puppy uses his paddle-shaped front paws to dig and hunt. A deep chest provides extra lung power for underground work.

These working dogs were famous for hunting smaller burrow dwellers such as rabbits. While some think the Mini Dachshund came about as the result of crossbreeding with toy terriers, evidence suggests that they are merely the result of breeding smaller than average Standard Dachshunds.

In the 1800’s, Queen Victoria keep these dogs as pets, which made the hound popular in royal courts throughout Europe. In the United States, this pup was a such a universal symbol of Germany, the popularity of this dog fell during World War I. Issues with this German breed resurfaced in the 1940’s, when the pups were creatively re-branded as “liberty hounds” during World War II.

The breed was recognized by AKC in 1885 and grouped as Hound.

Average Based on 10 Reviews

Wondering if you should adopt a Mini Dachshund puppy? They make a devoted and loyal addition to the family. Like many hounds, this breed is also very intelligent and does well with mental challenges and puzzles. However, they can also be stubborn, and need patient and consistent training.

This dog is definitely a digger, so you may find your pup is quick to burrow into blankets, pillows, or garden beds. They are also exceedingly playful and will romp and frolic with almost anything at hand, including a broom or a dropped glove.

While Miniature Dachshunds like play, they aren’t well suited to endurance exercise like long hikes or strenuous swimming.

They do not warm quickly to strangers, and a strong bark makes them a good choice as watchdogs. However, without careful training, these pups may show aggression if they feel threatened.

If you want to buy a Mini Dachshund puppy, make sure you understand their health needs. The average life span is between 12 – 14 years. Because the breed has a short rib cage and a long spinal column, two of the most common health issues are spinal problems and patellar luxation. Some other health concerns are:

Some dogs may be prone to mild eye or ear issues. Use a clean cloth to gently daily wipe around eyes and in ears to minimize the risk of infections. Give your pup moderate daily exercise but avoid wrestling since this breed’s long torso is not suited to tumbling. All breeds should have regular vet checkups and stay current on all shots and vaccinations.

This breed can have smooth-haired, wire-haired or long-haired coats. Wire-haired is not common in the U.S.

Some long-haired and wire-haired dogs may need occasional clipping or trimming to keep the coat around the head looking neat. Too much bathing may irritate their skin, so bath only when necessary.

To avoid infections, each week use a clean cloth to wipe the insides of your pup’s ears. 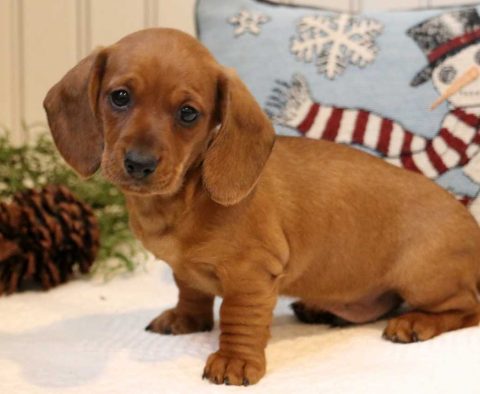 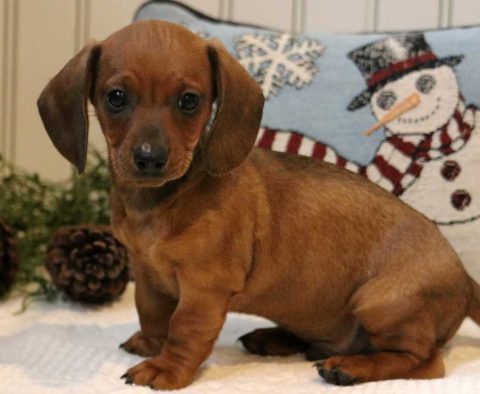