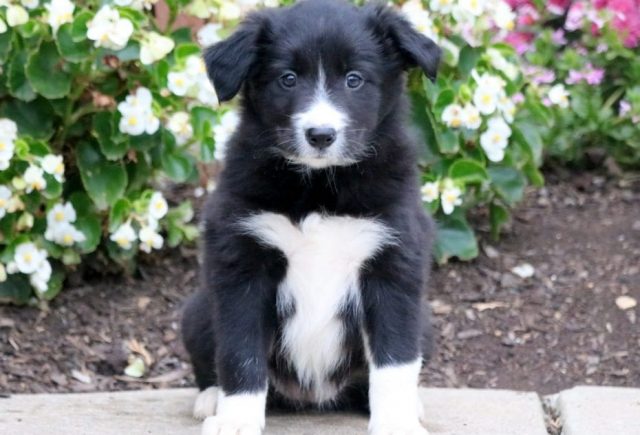 The Border Collie puppies are a merry, romping breed that is full of energy and affection. Like many herding breeds, the Border Collie’s breed origins can be traced back to Scotland. While named for the Anglo-Scottish border, this dog was actually bred throughout Britain and Scotland as a sheep herding breed. In 1893 the breed standards were formalized, and the Border Collie was recognized as a distinct breed.

They are still commonly used as working farm dog in America, Australia, and Scotland. This athletic, agile dog is also a favorite breed in dog agility contests.

Although the breed has a long history, the Border Collie wasn’t given acceptance by the AKC until 1995 and was then classified in the Herding Group.

The Border Collie is very intelligent and energetic with strong herding instincts. This puppy loves to chase and corral people and animals. This high-energy dog requires lots of daily exercise to keep him from getting bored and to keep him calm and centered. Without such activity, your puppy may get a bit destructive by digging holes, and chewing furniture and walls.

Because of their agility and intelligence, owners can have a lot of fun exercising this pup. These dogs love catching frisbees, running agility courses, fetching balls, and jogging with owners. When playing chase, Border Collies can revert to herding instincts and start nipping at heels.

Border Collie dogs love their families and are incredibly loyal to their masters. This dog is famous for bonding with children in the family and can become quite protective of them. They were bred to be a watchful farm dog, so he may not warm quickly to strangers.

The Border Collie is generally a robust breed, with a life expectancy is between 10-14 years. This breed may occasionally experience the following health issues;

Keep eyes and ears clean by gentle wiping as needed. All breeds of dogs should be brought in for regular vet checkups. It’s important for every type of dog to stay current on all shots and vaccinations.

Border Collies’ can have rough or smooth coats. Both rough and smooth-coated Border Collies have double coats with a soft, thick undercoat and a rougher outer coat. The rough-coat has medium length fur with feathering on the belly, legs, and chest. Smooth-coated dogs have shorter hair and little feathering.

To keep the coat healthy and shiny, and to reduce shedding, brush 2-3 times weekly, even daily during shedding seasons in the spring and fall. Bathe only when necessary and keep ears and eyes clean. 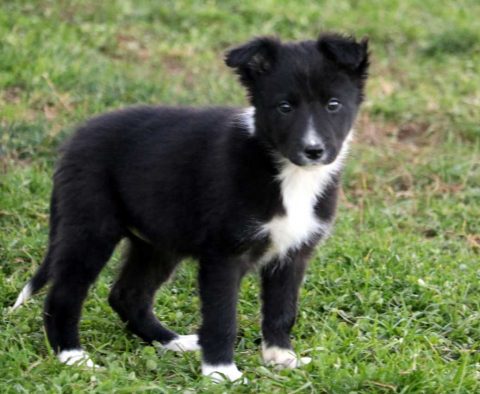